Tuk Tuk Safari Sri Lanka? Absolute Lanka Tours offers best Private Luxury Tuk Tuk Safari Tours from Colombo, Negombo, Anuradhapura. Book a Luxury Tuk Tuk Safari Tours Sri Lanka. It is cheap. Renting a Tuk Tuk is not that expensive, than Air-conditioned Vehicle. Fast, easy and reliable way to explore the sights in Sri Lanka. You can watch sceneries very closely and easily. Also you can hear and enjoy the real sound of wind and watch sceneries very closely. A once in a lifetime experience! Admit it, how cool is it that you can say that you explored a country in Tuk Tuk.

Are you ready for a real-life video game? Because that’s what it feels like to navigate sights by Tuk Tuk! Head down narrow streets, past monuments, and into some of the city’s most significant spots, exploring the way locals get around — by Tuk Tuk! You won’t see this side of any sight on your own! So let’s Get an Intimate Look At every sight in Sri Lanka with Absolute Lanka Tours, join with us to get an unforgettable memory in your life with a Tuk Tuk safari.

Motorized Tuk Tuk s originated from the design of rickshaws, which were prevalent on the streets of Bangkok during World War II. A small engine was fitted inside a traditional rickshaw, and the Tuk Tuk was born. A Tuk Tuk Safari is a fun-filled fully inclusive food drinks & entertainment 3.5 to 4 hour “off the beaten track“adventure showing you what we believe is authentic, real and rustic Sri Lanka. Tuk Tuk got their name from the sound that the earliest models make. The engine makes a ‘tuktuktuktuktuk’ sound. With the advent of better technologies, the annoying engine sound has already been minimized. The easiest way to get a sense of all the sights by Tuk Tuk, the most popular form of local transport. The traffic in road can often by frustrating, but these three-wheeled taxis, named by the locals as ‘Tuk Tuk’ after the sound of their spluttering engines and gentle honking horns, can man oeuvre easily through the busy streets and their open sides provide a welcome breeze on a hot day.

Also you can get a good overview of every sight you visit in Sri Lanka by using Tuk Tuk service. It is cheap. Renting a Tuk Tuk is not that expensive, than Air-conditioned Vehicle.Fast, easy and reliable way to explore the sights in Sri Lanka. You can watch sceneries very closely and easily. Also you can hear and enjoy the real sound of wind and watch sceneries very closely. 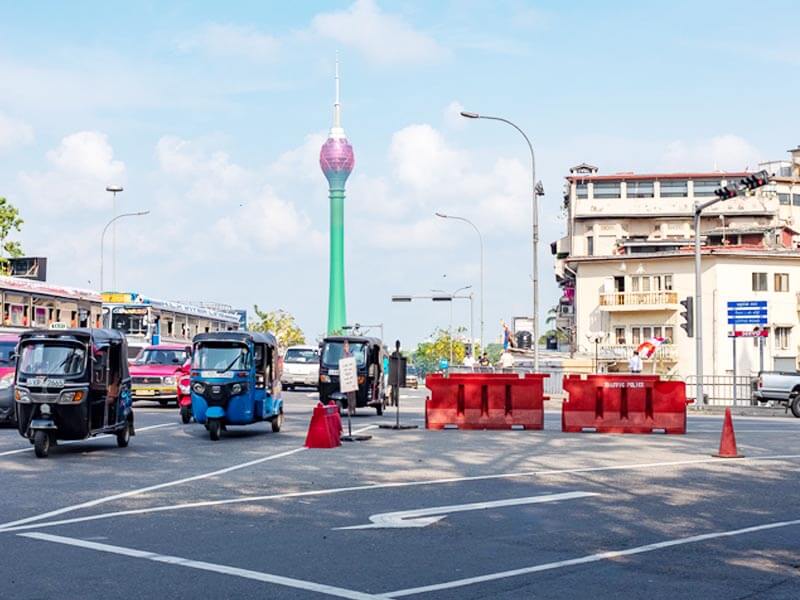 Colombo, is a fascinating mix of old and new with a population of between 800,000 and one million (estimates vary) is by far the country’s biggest city, as well as the most developed. Continue aboard your motorized ride with Absolute Lanka Tours as you check out city sights like Colombo harbour, the fort clock tower. Colombo light house, President’s house. After that go to Pettah, a Colombo neighbourhood that’s known for its diverse range of market stalls and the Red Mosque. Stop for 20 to 30 minutes to grab some street snacks or shop for bargains.

Get an intimate look at the Sri Lankan capital of Colombo during this 3.5 hours sightseeing trip by Absolute Lanka Tuk Tuk with a small group.

END OF THE TOUR… 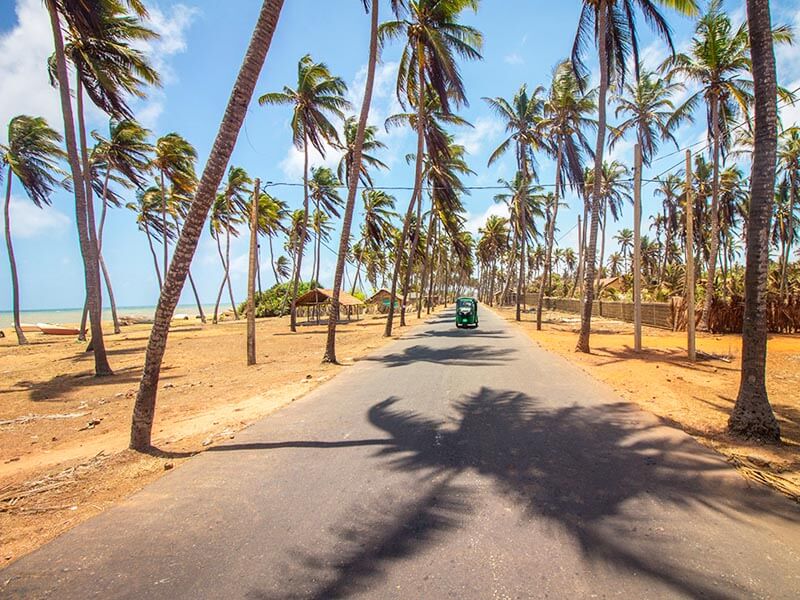 Negombo has a small port, and its economy is mainly based on tourism and its centuries-old fishing industry. Negombo is a traditional fishing town in Sri Lanka, and no wonder the town is a gourmet food lover’s paradise with seafood available in plenty. Continue aboard your motorized ride with Absolute Lanka Tours as you check out city sights like, Agurukaramulla temple, wide sandy beaches and the safe sea, old churches and fishing villages, Kovil, Fish Market.

Stop for 20 to 30 minutes to grab some street foods or shop for bargains.

Head next to make the last stop of the day with Absolute Lanka Tours at Negombo bus terminal one of Sri Lanka’s best, and municipal planners throughout the country view it as an example of how a bus stand should be built.

Get an intimate look at the Punchi Romaya (Little Rome) Of Negombo during this 4 hour sightseeing trip by Absolute Lanka Tuk Tuk with a small group.

END OF THE TOUR… Negombo Tuk Tuk City Tour : Tuktuk in Negombo is a fun, new and unforgettable way to discover Negombo. Nego 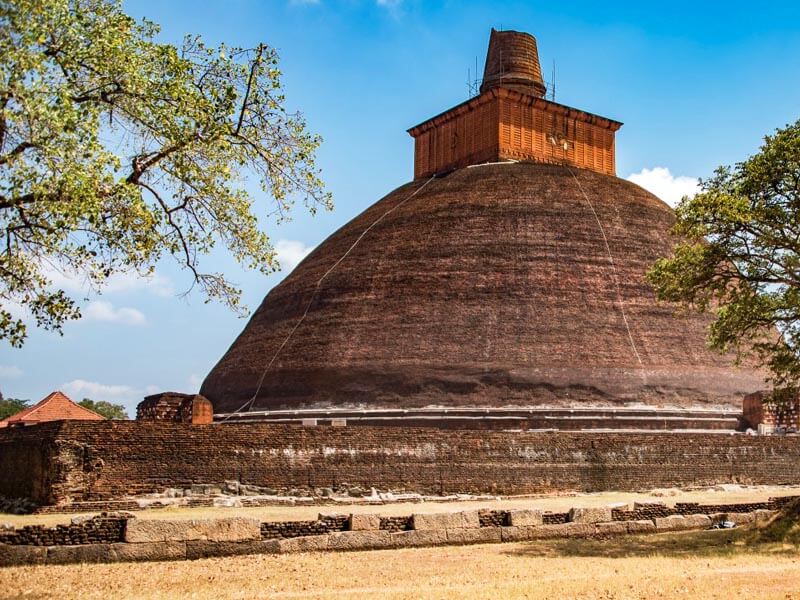 Anuradhapura is one of the ancient cities in Sri Lanka, well known for its ruins depicting early Sri Lankan civilization. Anuradhapura was to continue for six hundred years longer as the national capital. The city is now named as a world heritage site by UNESCO. Continue aboard your motorized ride with Absolute Lanka Tours as you check out city sights like Archaeological Museum – Stone Carvings And Clay items which were remaining at Anuradhapura were kept in one hall. Ruwanwelisaya – the construction of Ruwanweliseya was prophesied by the great buddhist missionary maha thera Arhath Mahinda, who brought Buddhism to Sri Lanka from India during the reign of King Devanampiya Tissa (250-210 BC).

Having heard of prophesy of maha thera Mahinda to the effect that a great stupa would be built by a great king at a certain location at Anuradhapura. Jaya Sri Maha Bodhiya – it is hard to believe, but there is no shadow of doubt at all – that this small tree with limbs so slender that they must be supported on iron crutches, is the oldest historically authenticated tree in the world (2,250 years).

Make the last stop of the day in Anuradhapura ancient site at Jethavana Stupa with Absolute Lanka Tours.

Get an intimate look at the Sri Lanka’s World Heritage Ancient Site during this 4 hour sightseeing trip by Absolute Lanka Tuk Tuk With A Small Group.

END OF THE TOUR…

A once in a lifetime experience! Book your Tuk Tuk Safari Sri Lanka with Absolute Lanka Tours.